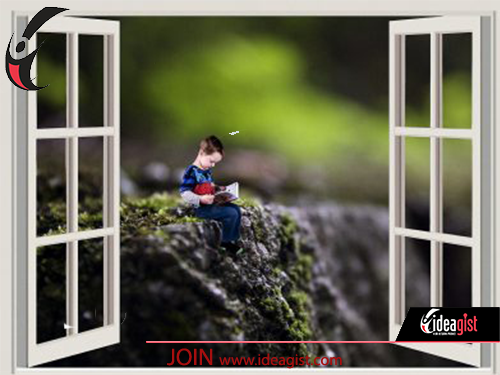 Virtual augmented reality
This month, the Smithsonian invites readers to Step Inside a Virtual Building of the Future—and you won’t be disappointed. The 270,000 square-foot virtual and augmented reality complex is merely a representation of a building to be. It’s every 10-year-old’s fantasy.Footbridges connecting different wings. Spacious lounges. A library. Medical research labs. And although it’s just a vision, thanks to virtual and augmented reality tools allow you to stroll the hallways and interior spaces of its immersive rendering.Awesome.

It shouldn’t be surprising that virtual and augmented reality seem like ideas sprouted from the imaginations of adolescents, whose earliest influencers were probably books and movies. In fact, the earliest references to the concept of virtual reality came from science fiction writer Stanley G. Weinbaum, whose 1935 short story “Pygmalion’s Spectacles” includes a virtual reality system in which goggles are employed, as well as a holographic recording of fictional experiences, including smell and touch.

Fast-forward 81 years; HTC partners with Valve Corporation to market their virtual reality headset HTC Vive and controllers to the public. I can’t help but wonder how Weinbaum might react to the HTC Vive, and how many of today’s innovators might have been influenced by ideas planted by science fiction writers.

Regardless of who did the influencing, virtual and augmented reality technology is revolutionizing the way we do architecture.  New software and hardware platforms enable immersive environment representations and gestural modeling—VR and AR tools allow designers to visualize and virtually inhabit three-dimensional spatial conditions at “full scale” and design work with intuitive hand and body motions. The implications for architectural practice are dramatic, as in the Botswanna Innovation Hub.

The Botswana Innovation Hub will be a new LEED-certified facility for technology research and development. Viewable through an HTC Vive headset, the partially completed virtual structure features exposed beams stretching skyward and out in the basic framework that will be developed into the building.

According to the article’s author Nathan Hurst, SHoP Architects—the firm developing the innovation complex—and other forward-thinking architecture and engineering firms are utilizing virtual and augmented reality as tools to create better buildings, more efficiently. Immersive architectural and engineering renderings offer depth perception, providing clients with the ability to “feel the space,” and view the design before a lot of effort, time and money is spent constructing it.

You’re probably already aware that applying virtual reality tools to building design is not new. Architects and engineers have used it for years provide clients with a building representation before it’s commissioned, or to sell space within it. Plans can be shared across continents, and parties can meet and collaborate faster and more accurately on the developing structure.

Software used to build these virtual representations include video game engines—predominantly Unreal and Unity. Other programs adapted more specifically to building design include Autodesk, creator of a game engine called Stingray to visualize buildings, created LIVE, a “sort of short cut” that automatically creates a 3D visualization of a space designed in Autodesk’s Revit Building Information Modeling software and convert it into Stingray, without a lot of new skills required.

LIVE offers users the ability to click through a building and assess details, such as the perceived height of a railing, where the sun will cast its rays at different times of the year, and more.

Virtual reality can modify the entire architectural process, from design to construction and even to maintenance once construction is complete, and software to translate architectural drawings is no longer necessary. Architects can design in three dimensions from the get-go.

The value of virtual design increases as the design becomes more complex, and when the space itself poses unusual challenges—such as an irregularly shaped atrium or lobby. Virtual technology tools help get the scale right, and help design the hidden components with the walls such as HVAC, plumbing, electrical systems and alarm systems, which must fit together like pieces of a 3D puzzle.

As building design continues to increase in complexity and demands, the pressure on architects and the construction industry increases. Leveraging virtual technologies saves time, effort and money throughout the channel.

To read Hurst’s full article and view some amazing virtual renderings in the Smithsonian, click here.