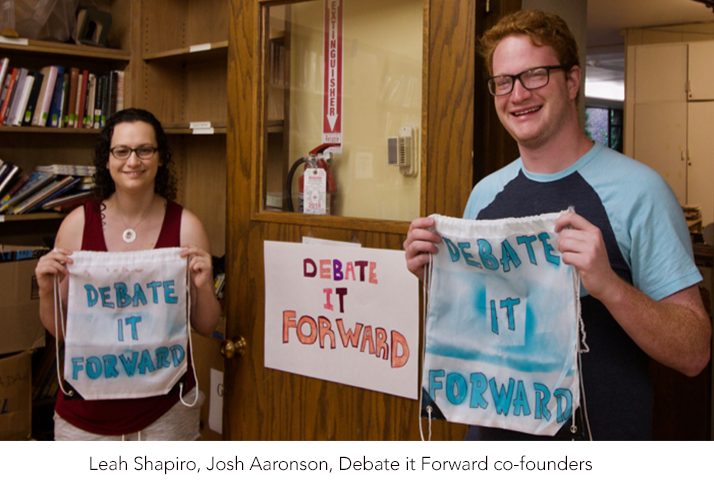 IdeaGist is the world’s largest virtual incubator for people with ideas. Here we highlight some of the idea makers and mentors involved in IdeaGist2017. 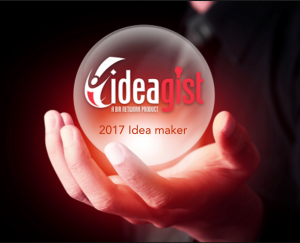 Summary of start-up idea: Debate it Forward leverages the power of debate to improve cognitive abilities and social-emotional growth in students typically overlooked by the national debate circuit: young students, students with learning differences, and of low income.

What Leah tells us:
Josh and Leah are currently students at the University of Chicago—Josh is a junior and Leah is a senior. In addition, they run Debate it Forward (DIF) full-time and plan to pursue a career with DIF after graduating.

Leah successfully competed in debate for seven years, ranking third nationally her senior year in high school. But despite her achievements, she says she wasn’t a fan of the competitions.

“I found them to be highly stressful, and most of the education happened prior to the tournaments,” she says.

Leah began exploring a better way to make debate more appealing and less stressful to a wider range of students. Her inspiration came from a delightfully impromptu encounter with her young cousins :

“Fast forward to 2016. I was with my two little cousins in the car,” she explains. “The youngest, six years old, was throwing a tantrum in the backseat. The only thing I could think of to distract him with was debate.

“I said to him, “We’re going to play a game. I’m going to say something and you need to prove me wrong! He was instantly captivated and we played debate for more than an hour.

“I began thinking if I could find a way to deemphasize the competitive nature of debate, it could probably be expanded to a much broader base of kids. I approached Josh with the idea and he took the leap of faith with me.”