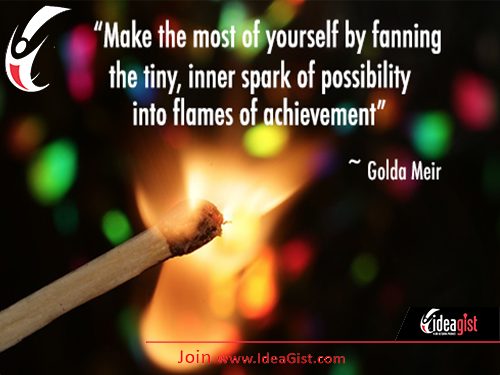 Despite the challenges of actually pursuing an idea and developing it into a business venture, there are nuggets of joy and satisfaction to be achieved at the end of the tunnel. With enough commitment, comes substantial reward. The nuggets and rewards are unique to every innovator, but by analyzing it carefully, you’ll find there are five primary motivators that drive most entrepreneurs:

What drives your entrepreneurial motivation? It’s likely you’re motivated by more than one influence, and the more determined you are, the less daunted you’ll be when faced with the inevitable challenges that arise along the way. Think carefully about what, exactly, you want out of the experience before jumping in. Grasp your motivations before you engage; ultimately, you’will get more satisfaction out of the endeavor at the end of the day.

IdeaGist can get you from point A to point B while learning to overcome roadblocks along the way. Join the largest virtual incubator in the world today.