Guest Blog: How to Allocate Stock to Founders and Other Early Team Members 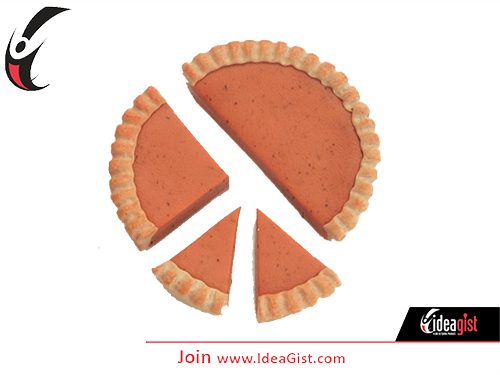 How to  Allocate Stock to Founders and Other Early Team Members

Not Just a Question for Founders

One question I get asked all the time by a team founding a startup is how to allocate stock among the two or three initial founders.  Often the question is expanded to cover other “founders” who are not prepared to join the team until some milestone is met.  For example, a team member may be unwilling to join the company until it obtains financing or the stock from his or her current job fully vests.  Sometimes this issue arises with everyone from part-time contractors doing some coding to key advisors such as a university professor or serial entrepreneur who can provide substantial guidance and credibility with financing and strategic partners.

This stock allocation question is particularly difficult to answer at the start.  At that time, it is often hard to assess the ultimate value and contribution of each team member.  Also, since the company has not completed any meaningful financing, the team is lacking an arm’s length assessment of the value of the company or its team.  In a nutshell, you don’t know what you are giving away, and you don’t know what you will get in return.

For key founders, I like to talk about their ultimate roles in the company.  Quite often, the individual team members have a pretty good idea as to what their roles will be in the early years.  For example, one team member may be likely to be the CEO, and one might be the CTO or possibly VP Engineering or Head of Creative.  In other teams, however, a founder might play an initial key role, such as driving initial product development but might not be a good fit for a near-term e-team role.

A key first step for the team will be to determine among themselves their individual relative stock ownership.  It is important to use this exercise as an early opportunity to clarify roles and expectations among team members and to also produce a result that continues to work after the company gets its initial significant funding and management roles start to settle out.

Management teams generally can get data (often from their lawyer) on how other startups have done this allocation.  Sometimes this will result in a relatively equal split of the equity. Teams need to be cautious, however, as a simple, equal equity split can have unintended consequences and require tense reallocations, later on, sometimes spurred by input from initial investors.  Also, the founders who join from the beginning may feel they should be rewarded for the risk they take, relative to a team member who only joins after achievement of a milestone.  It is important for the management team to have some frank discussions in the initial stages regarding each team member’s anticipated near-term and long-term roles and related stock allocation.

Determining proper grants to advisors, consultants, and contractors at this early stage can be quite challenging.  Founding teams often ask me what percentage of the company should be allocated to these initial service providers.  Talking in terms of percentage can be very difficult at the beginning.  At this point, no shares have been allocated to outside investors, and no post-financing stock pool has been established, so conversations in terms of percentage ownership can be almost meaningless.  I have found that one of the best ways to address these questions is to try to project a simple pro forma cap table based on a possible future equity financing and then work backward (you can download a sample proforma cap table from Cooley GO Docs).  This can be difficult and can require forecasting one or two years in the future, but it can be a very good exercise for the management team and can often provide a reasonable basis for determining grant size.

Let’s take an example:  Suppose a management team of three founders and a professor advisor are trying to work out allocations.  They anticipate starting with a $500K convertible note round that will convert without discount into the future equity round.  (More likely it would convert at a discount, but we are keeping this simple.)  Ultimately, the founders expect to raise a total of $2M (including the debt conversion) in Series Seed financing at the end of 18 months, on an $8M pre-money valuation.  The founders also assume that the investors will want an available equity pool of 10% for future grants after closing and that the company will have already issued 5% in options.  Finally, assume that the total fully diluted share count at that time will be 10M shares.  The important professor/advisor wants 2% of the company after the financing.  So the cap table after the closing might look something like this:

So now the founders have a plan for stock allocation from the beginning. This technique is far from precise, but it can be a reasonable technique for starting out. And don’t forget about vesting, in case things don’t work out with one of the players. For more information about vesting, check out our article Founder Basics: Founder’s Stock, Vesting and Founder Departures.